Today is the Automnal Equinox – after today, on the northern hemisphere the nights are longer than the days until December 21.

In ancient times the apparent celestial movement of the sun was essential to people, and the various cycles of the sun were both celebrated and feared, as they have such influence (both physical and psychological) on the life and well being of both men and creatures. To me; it’s kind of strange that not more modern music inspired by these annual events is composed – but maybe that’s because we live less in consideration of the sun’s phases in today’s society. 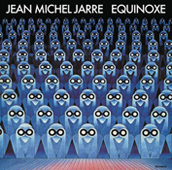 One who has composed music inspired by today’s solar event is Jean Michel Jarre. His music has been a huge influence and inspiration to me, and his 1978 album Equinoxe is one that I’ve listened to hundreds of times – each time feeling something new about the both powerful, awe inducing and beautiful powers of the nature and universe that harbour our little blue and green planet.

Pay through PayPal or Stripe

Payment for all products can be handled either through PayPal, or through Stripe.

After completing the checkout and payment processes, you will immediately be sent an e-mail to the address you specified in the checkout. This mail contains the link(s) for downloading your ordered chart(s). The file format for the chart(s) is PDF and the page format for printing is A4.

The link(s) for downloading are valid for 48 hours after the e-mail´s sending and permit 2 downloads each.

Should you not find the e-mail in your regular inbox, please check your spam filters or your trash box.

Should there be any problems in downloading the chart(s), please make contact. Either through the contact form or e-mail: contact("at")danieleng("dot")com

Thank you for your interest in the sheet music from www.danieleng.com